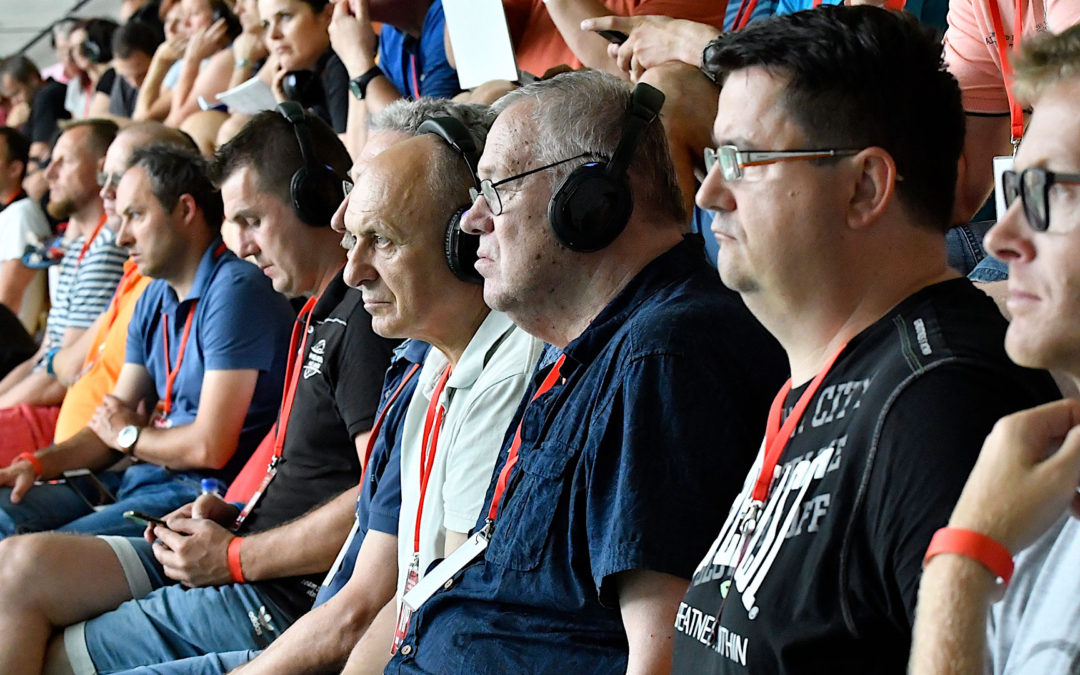 World volleyball coaches show 2019 will offer the most recognized lectors. Coaching aces, namely, Massimo Barbolini, Marian Jelínek and Javier Weber will present their opinions and long-term experience, which will not only move you forward in the coaching but the performance of your players as well. What will the lectors focus on?

The unique conference, with no similar ones in the world, will occur in the Czech Republic for the second time. World Volleyball Coaches Show takes place from 15th to 16th June 2019 in Ostrava on academic soil in sports hall VŠB Ostrava.

Italian Massimo Barbolini currently fights with his Novara for the title of the women Champions League. He belongs to the most successful women volleyball coaches in the world. He is multiple champion of the prestigious Serie A1 in Italy. His lecture will focus on topic “Transitions” (transition from defense to attack, which plays a key role in women volleyball because the rallies are longer than in men volleyball and occur much more often, that’s why this is the topic of Massimo Barbolini´s first lecture. The second topic is the training of block – an inevitable part of winning strategy.

Javier Weber is a successful Argentinian volleyball coach. He will concentrate on sideout in boy and men volleyball situations from the point of view of a former great setter. He will reveal the importance of the second sideout option when the team often gets into these situations after its first attack after reception. The defense in the field is a weakness of many teams. There is always room for its significant improvement. What is Javier Weber´s recipe for improving the field defense? You will get to know in his second lecture.

2. How to defend as many balls as possible in defense?
– the importance of the defense in the field
– being a better player in the future
– technical and tactical systems
– specificities of a position in defense and spots for every player

Marian Jelínek is a recognized mental coach. He is a former personal coach of Jaromír Jágr. In his first lecture, he will concentrate on the topic of negative emotions in volleyball. Negative emotions play a big role in volleyball, both from the coach´s and player´s view, and often impact not only the individual performance but the team performance as well. His second lecture will be oriented on mental training, whose basics are enormously important for every coach.

1. Negative emotions in team games. How to work with them?
a) from player´s point of view
– fears, worries, anxieties
– confidence
– emotion control
b) from coach´s point of view
– the art of motivating
– team flow

2. Mental coach from every coach
a) basics and principles of mental coaching
b) from Platón to today
c) 4 essential doubts / techniques
– controlled inner dialogue
– visualization and imagination
– breath exercises

Advantages of coaches show for you: